Content can be projected directly via the LX-MU500Z’s HDMI/MHL interface from a compatible smart device, such as a smartphone or tablet. With its HDBaseT interface, setting up the LX-MU500Z is simple, easy and cost-effective as multiple inputs can be combined into one source. 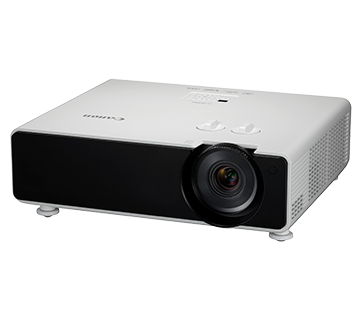 Delivers vibrant brightness levels of
5,000 lumens with laser light source which provides about 20,000* hours of operation. With multiple possibilities on its installation orientation, the
​LX-MU500Z’s usage can be expanded to include digital signage and art exhibitions that make use of portrait projection.

The LX-MU500Z enables intuitive projection directly via MHL or HDMI at the convenience of a smart device, such as a smartphone or tablet. With its HDBaseT interface, all inputs can now be combined into one source with a compatible HDBaseT transmitter, for easier and more economical cabling.

Optimised Projection Quality in All Environments

Clarity is optimised with the 4-point keystone corner adjustment function that effectively corrects distorted edges at each point. Together with the highly adaptable lens shift support, quality content can be projected in any environment with ease.